Evidence of Flask’s rise to power has been all around us for a couple of years now. Anybody paying close attention to the technology stacks chosen by startups has undoubtedly noticed a flip: at some point, the industry standard flipped away from Django entirely.

Huge bets are being placed on Flask across the industry. Plotly’s famous Dash product is an extension of Flask which has seen significant success. Even major cloud providers, namely Google Cloud, are choosing to default to Flask for Python implementations of serverless apps. Google Cloud Functions and Google App Engine both ship with Flask running at their core. JetBrains finally put an official number to this trend with their 2018 Python survey: 47% of devs report using Flask to Django’s 45%. Game: Blouses.

Put down the pitchforks: this isn’t a Flask vs. Django post, nor are we implying that one framework is superior to the other. Both frameworks have their place, with that “place” being in the realm of preference.

Developing apps in Flask has a much different narrative than when developing in more traditional MVC Frameworks. In the past, the setup of a framework would easily take hours: with the assumption that our app needed all the bells and whistles, it was impossible to get a “Hello world!” off the ground without a full understanding of database configurations, static assets, templates, and other things our app may not even need. This is especially a concern for the Python ecosystem. Few people turn to Python for the sole purpose of building a web app: the vast majority of Python developers are in the field of data analysis without a traditional background in application development. Asking data analysts (who have mostly become accustomed to Jupyter notebooks) to pick up all the fundamentals of web development before even getting started is just unrealistic.

Flask's setup is merely a copy+paste of the following five lines:

Those five lines create a live Flask application. Without any other knowledge about the framework, we can immediately plug in any Python logic we already have to change “Hello world!” to match any output imaginable. While it's possible to create an entire Flask application as a single tiny file, Flask can be as extended to be just as powerful and complex as its predecessors. When the author of a Flask application deems it necessary, various Flask plugins can be pulled in to give us robust application logic. Examples include:

This plug-and-play structure makes Flask projects feel more expressive while simultaneously providing simplicity to developers starting from 0. Not only that, but reading somebody else’s source suddenly becomes simple: I know this app must do XYZ, because this person has imported XYZ.

Let's go back to our 5-line application to pick apart the specifics:

The most important part of the Flask Python library is Flask with a capital “F” (as in: from flask import Flask).  This five-letter word creates an object which refers to the entirety of the app itself: when we state app = Flask(__name__), we are creating the variable app which represents our application. Therefore, when we configure the variable app, we’re configuring the way our entire application works. For example, setting app = Flask() can accept a few attributes:

The primary function of our app is called hello(), which is importantly wrapped by Flask's most important decorator: .route(). If you aren't familiar with decorators in Python, a decorator is a function for us to wrap other functions with. It isn't critically important to know all the details, other than that Flask comes with a route decorator which allows us to serve up functions based on which page of the app the user is loading. By setting @app.route("/"), we are specifying that the function hello() should fire whenever somebody uses our app.

Of course, we can return any value besides "Hello world!" if we wanted. Let's say you've already a script which returns the square of a number, plus 9. We could save that logic in a function called square_of_number_plus_nine(), in a file called logic.py. Now, our script can look like this:

This would return 34 as opposed to "Hello world!". Without any prior knowledge of Python web development, we can already use Flask to plug into logic we've written and serve up a result.

Other Parts of Flask's Core Library

We can import other things from flask besides Flask. Here are some examples:

Markup allows us to return an HTML page by rendering a string as HTML:

return_template will return an HTML page by finding the page in our /templates folder:

make_response has a number of uses, the most notable of which is to serve a response in the form of a JSON object. If our application is an API, we'd return a response objects instead of pages:

On the topic of creating APIs with Flask, we can also specify whether the route at hand is a POST, GET, or some other method. This is handled easily within the route decorator:

The above function checks to make sure the user is accessing the endpoint with the correct method first. If they've used the incorrect method, we return an error.

If you're looking for an in-depth guide to serving routes in Flask, check out our post The Art of Routing in Flask. /selfpromotion

Even if you chose to stick to your large Frameworks, it's easy to see why Flask is useful as a drop-in solution for many scenarios. There are undoubtedly plenty of useful Python scripts which go wasted because the final step of making them easily consumable by other people was never completed. Flask is an excellent way to achieve this last step, and the best part is: you already know how to use it. 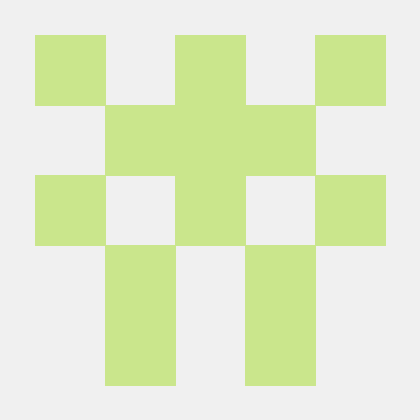 hi. superb article but i cannot access The Art of Routing in Flask.

Thank you for this article! I usually don't comment to articles, but I felt I had to give back something in exchange for this good read.