Handling Forms in Flask with Flask-WTF

Handle user input in your Flask app by creating forms with the Flask-WTForm library. Enforce field validation and create a frontend experience for users.

Let's talk about something that everybody hates: forms. The only thing more painful than filling out a form is creating one, much less a functional one with feedback. If the thought of building functional forms doesn't sicken you, you're probably into some freaky shit. Call me.

If you don't have a pressing need to create forms in Flask, I won't be offended if you decide to ditch this post. Feel free to scroll endlessly through Instagram, but know this: handling form authentication and data submission is the pinnacle of app development. This is where frontend meets backend: a dance of data where a person's keystrokes result in meaningful action. He who creates forms is a harbinger of a golden age: a hero who brings us to the pinnacle of Western technology. Then again, there's always Instagram.

Both Flask and Django have relied heavily on a single Python library by the name of WTForms. WTForms has strangely remained the undisputed library for handling forms for years without consequence: the library is easy to use, and nobody has maliciously hijacked the library to steal everybody's personal information or Bitcoin. That's the real difference between the Python and Javascript ecosystems. The flavor of WTForms is actually a Flask plugin called Flask-WTF, which provides a few nice perks for Flask users. Truthfully, Flask-WTF isn't far from the original library at all (this tutorial had actually originally used WTForms instead of Flask-WTF, and the source code somehow remained almost exactly the same).

I know you're lazy so copy+paste the line below so we can get on with it:

Before laying down some code snippets for you to mindlessly copy+paste, it helps to understand what we're about to throw down. Here's a look at our structure before anybody gets lost:

Creating a functioning form has a minimum of three parts:

We'll start off by creating our form logic in forms.py.

Flask-WTF comes packaged with WTForms as a dependency: the two libraries are intended to be used together, as opposed to one obfuscating the other. The core of Flask-WTF is a class called FlaskForm, which we extend with the form classes we define ourselves. This is mostly for convenience, as creating classes which extend FlaskForm inherently gives us some out-of-the-box logic related to validation, etc.:

Our form is going to need input fields, as well as a way of validating the content of those fields once submitted. We can import field types directly from the WTForms package, and validators from the wtforms.validators package:

We're going to create a single Python class per form. We'll start simple by creating a straightforward "contact us" form:

We've created a form with 3 input fields ( name,  email, body ) as well as a submit field (which is really just a button). Each of our input fields consists of the following pieces:

Admittedly, form classes aren't always easy to decipher at first glance due to their complexity. Here's a quick blueprint of what each input field is comprised of:

So we have a form class, but we haven't even created a Flask app yet. Let's take care of that, and let's create a route for our contact form while we're at it:

It seems simple enough, but there's more happening here than it seems at first glance. Our contact route accepts both GET and POST requests; normally we handle routes like this by using a conditional on Flask's request object ( such as if request.method == 'POST' ), but we haven't even imported the request object at all! Because we used Flask-WTF's FlaskForm base class to create ContactForm(), we're able to simplify routes containing form logic into two scenarios: one where the user submitted a valid, and one for everything else. We're able to do this  because our form now has a built-in method called validate_on_submit(), which detects if a request is both a POST request and a valid request.

When we do serve our form, we're doing so by passing our form variable into an index.html Jinja template.

Writing anything resembling HTML is obviously the shittiest part of our lives. Jinja luckily reduces the pain a bit by making form handling easy:

This is truly as easy as it looks. We passed our form (named form ) to this template, thus {{ form.name }} is our form's name field, {{ form.email }} is our form's email field, and so forth. Let's see how it looks:

Oh no... we haven't built in a way to display errors yet! Without any visual feedback, users have no idea why the form is failing, or if it's even attempting to validate at all.

Form fields can handle having multiple validators, which is to say that a single field has several criteria it must meet before the provided data is considered valid. Since a field can have multiple validators, it could also potentially throw multiple errors if said validators are not satisfied. To handle this, we can use Jinja to loop through all errors for each of our fields (if they exist) and display all of them. Here's an example with how we'd handle errors on the email field alone:

When a form in Flask fails, it executes the form action with metadata of the request provided. In our case, the action of our form reloads the page it lives on by default but sends along whichever form error messages were attached to the request. We can access form errors per field using form.email.errors, and since we know there might be multiple errors, we use {% for error in form.email.errors %} to loop through all errors for this single field.

Our simple form suddenly feels more complex, perhaps cumbersome, as we deal with the reality of form logic handling. We should not let this translate into complexity for our end user. On the contrary, the more robust we make our forms for catching edge-cases, the more usable a form will appear to be to our users, as long as we communicate errors in an effective visual manner:

Let's explore Flask-WTF a little more by creating a more complicated form, such as an account sign-up form:

And here's our new form:

If this were a real signup form, we'd handle user creation and database interaction here as well. As great as that sounds, I'll save your time as I know you still have an Instagram to check. Hats off to anybody who has made it through this rambling nonsense  - you deserve it.

There's only so much a human being can consume from reading a 2000-word tutorial, so I've shared the source for this tutorial on Github:

If you're struggling to get things working and are skeptical that this tutorial is a lie, a working demo of this tutorial can be found here.

The Art of Routing in Flask

Thanks for the article! The documentation is scarse and decipher is tough. 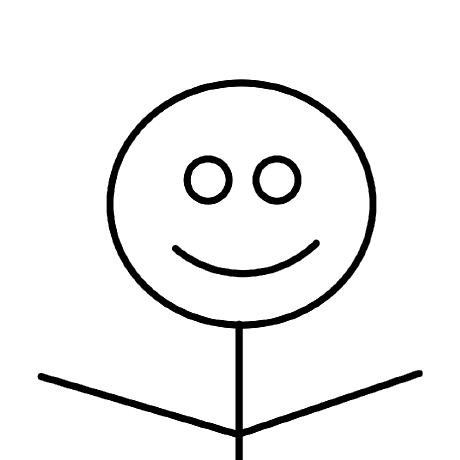 I feel like I'm missing something when following this tutorial. I also read through "Creating Your First Flask Application" and "Rendering Pages in Flask Using Jinja", which both made sense and I was able to get some basic pages running, but I keep getting errors with this tutorial, and I can't seem to figure them out.